Minimalist baby in a world that says you need everything

As a family who lives a more minimalist lifestyle, we keep to the same thought process, even when it comes to having a baby. With only a few short months left before our new littlest one joins our family, let me share a few of our must-haves.

When I was pregnant with our oldest, we were showered with gifts galore. There were so many little boys born to other families at church that year that on top of two baby showers, we had bags and bags of clothes dropped off at our house. That kid had more clothes than my husband and I combined. Once we moved to the coast, we realized how unrealistic it was to have so much. Since that time, we have worked to keep the baby stuff to a minimum.

One of the first things we let go of was the crib. It was great while it lasted but even broken down flat, it still took up a lot of room that we just didn’t have. When our daughter came along, we ended up getting a Pack-n-Play.

It had three different levels to it which was nice. I could use it as a bassinet while she was still itty bitty. Once she outgrew the bassinet portion, she was in the upper part which allowed me to easily reach her yet gave her more room to roll around. Once she started sitting and pulling herself up, I was able to take the upper part of the bed off and she would stand up in the lower section when she needed something. It seemed like the perfect solution as it was multi-purpose.

Hers also had a changing table, but I never really used it. We did end up getting rid of it thinking we were done having kids. When Skyler came along, we ended up replacing it with something similar. Again, it was functional and easy to take with us when needed. While we again thought we were done, our Pack-n-Play did not sell, try as might and so we have it for our new little guy coming this summer.

I really like the sheet that we got last time but I will say, I wish we’d had a waterproof liner to go under it. This time around, I bought a second sheet and a two-pack of waterproof liners so it makes it easier to change out bedding.

The next big thing is a car seat. With our first three kids, we had an infant carrier. If you want a good infant carrier, we really like the Baby Trend brand as it makes it easy for both my husband and me to carry without twisting our arms around.

While I do like the fact that you don’t have to wake the baby up to move them from the vehicle to inside the house, our kids almost always woke up the moment you picked up the car seat. When Skyler outgrew his infant car seat, we picked up one of the Graco4Ever car seats and I love it. I like that it can go from a rear-facing infant up to a backless booster. I will say it is a little bulkier, but it has worked well for us, and we plan to use it for our new little guy after he’s born.

Babywearing has been a big thing with multiple of our kids. The ability for me to put them in a pack and carry them while still having my hands free to work is a must. We have had multiple different types of carriers over the years. Our first was the Baby Bjorn carrier. I liked that it was adjustable so either of us could use it, but the downfall is that our kids’ legs just dangled and weren’t supported well.

Next, I made myself a Moby-style wrap. While it supported their legs better, I felt like it took forever to wrap and get the baby into it which is a pain when it’s raining outside. With our last son, I made myself a k’tan style wrap. This made so much more sense with a similar concept to the Moby, yet less time wrapping. My only downfall was the fact that it’s sized to fit and not adjustable.

This time around, I wanted the best of both worlds, so I got the MomCozy off Amazon. When it arrived the other day, I put it on to see how it fit and I loved it. Its straps are adjustable so even my husband can use it and it takes very little time to put on and get a baby into.

We have used different forms of ‘feeding’ for each of our kids so far. Our first was breastfed for the first few months and then ended up on formula. Our second ended up breastfeeding for a couple of years along with baby-led weaning. Our third ended up with a bad case of thrush that made breastfeeding painful, so we ended up making goat’s milk formula. So, with this, I’ve gained some experience with things I like and even discovered some new things.

First, even if you plan to breastfeed, you need to be away from your baby for longer periods of time and might want a breast pump. Personally, I really like the Medela Pump in Style that I got through my insurance with my last kiddo. It doesn’t look like they make the same version now, but the new version is supposed to be more like the hospital-grade pumps.

If you’re pumping and storing your milk, there are a few different options. The most common seems to be breastmilk bags. I used to stand them up to freeze but they took up so much space. I learned that laying them flat till they were solid and then standing them up took up a lot less space. Some people prefer the tubes that Medela carries and others like to store the milk in glass mason jars.

Some moms prefer to nurse with a cover. I’ve tried different styles, but I chose to grab a nursing scarf this time. Since I will be breastfeeding through the fall and winter, I already wear a scarf around quite a bit so, why not get a nursing scarf? I got the one from LK baby. I like that it’s lightweight and breathable.

Whether you breastfeed or bottle-feed, having a bottle on hand can be handy. For the most part, we have used the Avent bottles in the past. While I don’t mind them, we tried the naturals with our last little guy and the set we had leaked all the time.

Most people say they have good luck with them though. This time, living tiny made us want something more minimalistic. As a family, we use glass mason jars for all sorts of things so when I found the Mason Bottle DIY converter kit, I was in love. You can get it for either the 4oz or 8oz regular mouth jars and it comes with a silicone sleeve to help protect the jar in case it’s dropped. As the baby gets older, you can also buy stainless-steel bottles and straw lids.

Every family has a favorite brand of diaper and there is quite a selection of brands to choose from these days. For us, Huggies are out as all three of my older kids have had allergic reactions to them. For the other three, we were able to use Pampers and Luvs. Unfortunately, I’ve been struggling to find the smaller diapers in the brands we can use in our local stores, so I went looking for a different route and found the Mama Bear Gentle Touch on Amazon.

I asked in a local parenting group and a few people said they’d had good luck with them, so we bought a small pack and we’re going to give them a try. If they don’t work, it won’t be a huge loss but if they do, I will start ordering them by the case.

Another option is cloth diapers. Some may turn their nose up at this, but I’ve found some different options that make it easier and more cost-effective. I started out with pocket diapers and well it worked well for our daughter, but it didn’t work well for our younger son. He didn’t react well with the inner fabric even after they’d been stripped.

I started using covers from Nicki’s Diapers with liners that I made from cotton flannel. This was way more cost-effective as I could toss the liner in the bin to be washed and wipe out the cover and let it dry between uses unless it got soiled. Most days I would only use 2-3 covers.

For easier clean-up of soiled diapers, there are a couple of options. The one is a diaper sprayer that hooks up to the back of your toilet. We have done this in the past and our current toilet came with one. The second option is using biodegradable disposable liners over reusable cloth liners. These liners are not absorbent, but they sure do make for an easier cleanup of the mess.

Just like there are countless brands of diapers, there are countless brands of wipes. Baby wipes can be so versatile in cleaning up messes but the one thing I dislike though is the nasty chemical taste you get when using them on your hands and face. If I don’t like it, I’m sure my littles don’t either. This time I chose to go with Happy Bum wet wipes that don’t have all the extra stuff added chemicals and fragrance.

While the list of baby items is endless, these are just a few of the things we have found to be important for our family. The reality is you don’t need the huge list of things that they give you in a store. A minimal approach works just as well and will cost way less. Plus, having less often helps you keep your mind clear, makes trips easier, and your life more fun. 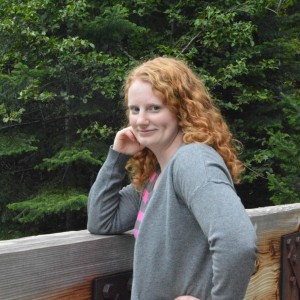 Ashley
Wife to Alex & mother to our 3 1/2 children. I spend my days homeschooling our children and running my candle business. I enjoy getting outside and working in the garden or going hiking and taking photos. 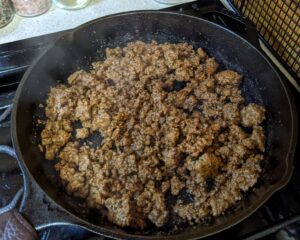 When our family decided to stop buying so many pre-made ingredients, we started coming up with our custom spice mixes. This one was created to have a great flavor without being extremely spicy.

We all hear about food storage and ‘prepping’. But the thought of creating your food storage is often overwhelming. So much money to spend, what to buy, and so much more. This article introduces you to basic food storage and my shortcut to growing yours. 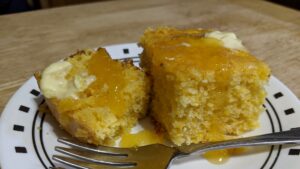 This cornbread recipe is simple enough that you will never want to go back to a box again. With minimal ingredients and low prep time, you will love the taste of fresh cornbread to accompany any chili.